“This is our tax credit for the first-time homebuyer,” Gov. Bryant said to cheers from the gathered supporters, including Lt. Gov. Tate Reeves, Sen. David Blount, and Representatives Donnie Bell and Jason White.

The new law allows individual Mississippians to deduct up to $2,500 annually from their state adjusted gross income by establishing a savings account designated for a first-time home purchase. Couples are allowed to deduct up to $5,000 annually.

Interest earned on the account is also exempt from state income tax, and there is no limit on the amount that can be saved over the years.

“So, what I think, with everything else we see now growing in the economy, we’re going to see more housing starts, more housing sales. And this $5,000 for couples, $2,500 for an individual for first-time home buyer, I think will even add to the those starts and sales,” the governor said.

Gov. Bryant said he had talked about the bill for several years and had waited a long time to sign the bill into law.

“It is law now. Go tell ’em!” he said to applause and cheering. 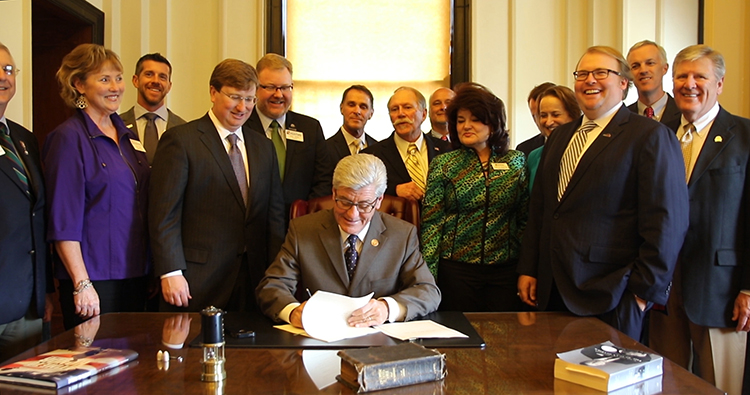